Dont realy trust what the BBC have to say but you can read the artical here if you want.

An 85-year-old World War II veteran who was jailed for six months in July for recording court proceedings has been freed by the Court of Appeal.

Norman Scarth, of Bradford, West Yorkshire, was jailed at Bradford Crown Court on 26 July for contempt of court.

He had used an audio device hidden in a pen to record crown court proceedings.

On Friday, three judges quashed the sentence and substituted one of 12 weeks, resulting in his immediate release from Armley prison in Leeds.

The appeal judges had heard evidence about Scarth’s mental health.

Lord Justice Pitchford said: “Having had the benefit of information about the background, which was not available to the judge… we are quite satisfied that the public interest is not served by the continued imprisonment of this 85-year-old man.” 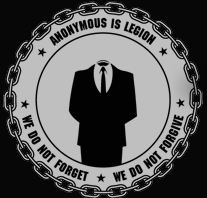